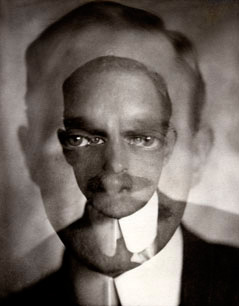 The End of Romance is a film about the emotion of love, with a powerful narrative at its spine.  This robust narrative thread, with vocally strong characters, allows for a somewhat fragmented, modernist visual style, which suits the period in which the story is set.

WB Yeats talked of Maud as an icon and a legend. Her story is full of the messy psychological, political and spiritual struggle of humans, the triumphs and failures. Maud inhabits a milieu of politics, war and revolution, but lives a bohemian lifestyle. She introduces us to a universe of avant-garde art and poetry, the incredibly productive early modernist movement in transition from Monet to Wyndham Lewis to Duchamp, evocative somehow of the hippie, punk, grunge, transformation in the music of the mid twentieth century, Incredible String Band to Sid Vicious, New Romantics to Nirvana, a guide to the film's irreverent structure and style. And there are a number of elements that gives this film's visual and sound design a specific symbolic role within a strong narrative.  There are the sequences of Yeats' poetry itself, which are embedded in the narrative, there are the contrasts between war torn Normandy, revolutionary Ireland, Yeats' Hawk's Well play and Vorticism London of 1916, all within the modernist, minimalist tone that I am looking for, a minimalism that allows for a blurring of lines between now and then, as if there are Yeatsian moments of slippages between time, suspensions of disbelief.

The story is narrated by Iseult, Maud's 21-year-old daughter, and the mother/daughter relationship is at the heart of this film, one approaching middle age, the other approaching adulthood, so close and yet so somehow damaging to each other. This script creates opportunity in a fictional environment for the exploration of character through performance, for the performing of a celebrity character of her day, a public mask and yet those crucial moments when the mask is dropped and something beyond words is revealed.