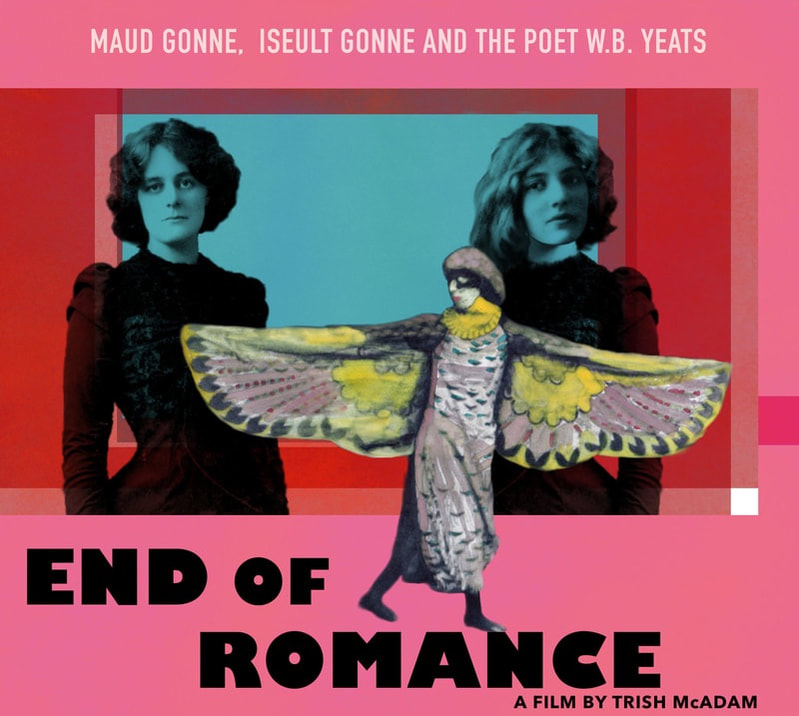 The End of Romance is about obsession, a woman, an activist, Maud Gonne, obsessed with her politics,
a man, WB Yeats, obsessed with his art
and a young woman, Maud's daughter, Iseult, obsessed with herself,
​and how they all let love slip through their fingers.
Set against a backdrop of modernism, vorticism and war,
in London, Paris, and Ireland, 1916 to 1918.

TH CHARACTERS:  Maud Gonne, Iseult Gonne, WB Yeats and Ezra Pound
This is a research website constantly being added to by
Trish McAdam
writer/director of the feature film
​The End of Romance
currently in development with funding from
Irish Screen and Creative Europe
with producer Kees Kasander
and Irish Producer Edwina Forkin